My wife, graphic artist, Gayle Kabaker and I are currently working on a project together. This project is a cross between an art exhibit and a home furnishing showroom.  My vision is to apply patterns in an architectural way for interiors and products. In addition to the cloth wall hangings, I will be building furniture and creating lighting for our upcoming show at the Pushkin Gallery in Greenfield MA on October 21st 2011. While I see my work geared more commercially, Gayle's vision is more directed toward home decor and clothing. As a result. I'm looking forward to seeing how our styles compliment and play off each other.
Here are some of the patterns that I am currently working on... 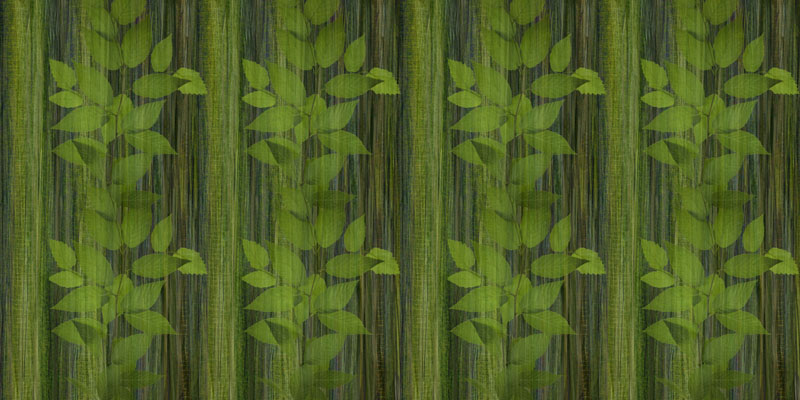 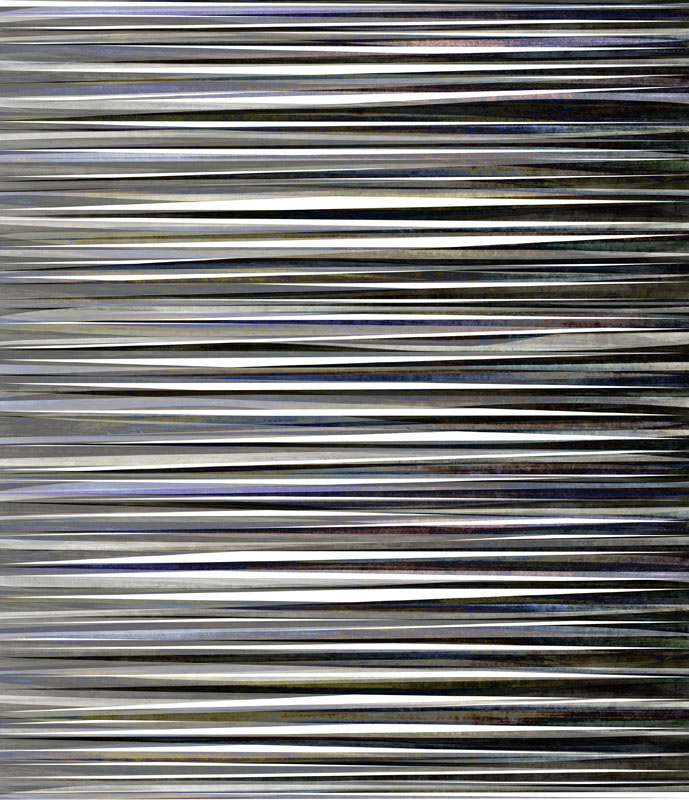 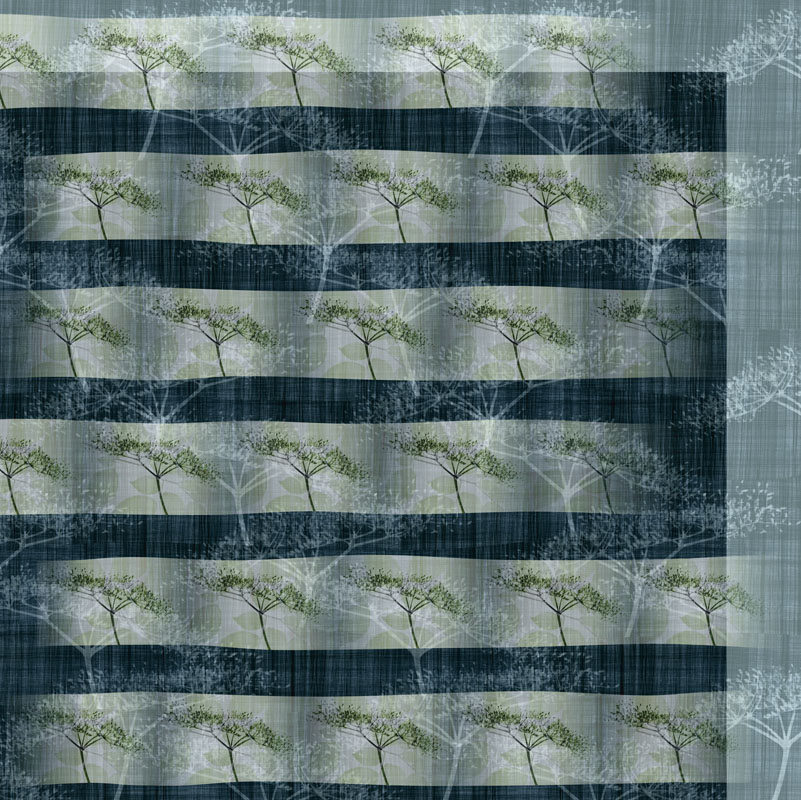 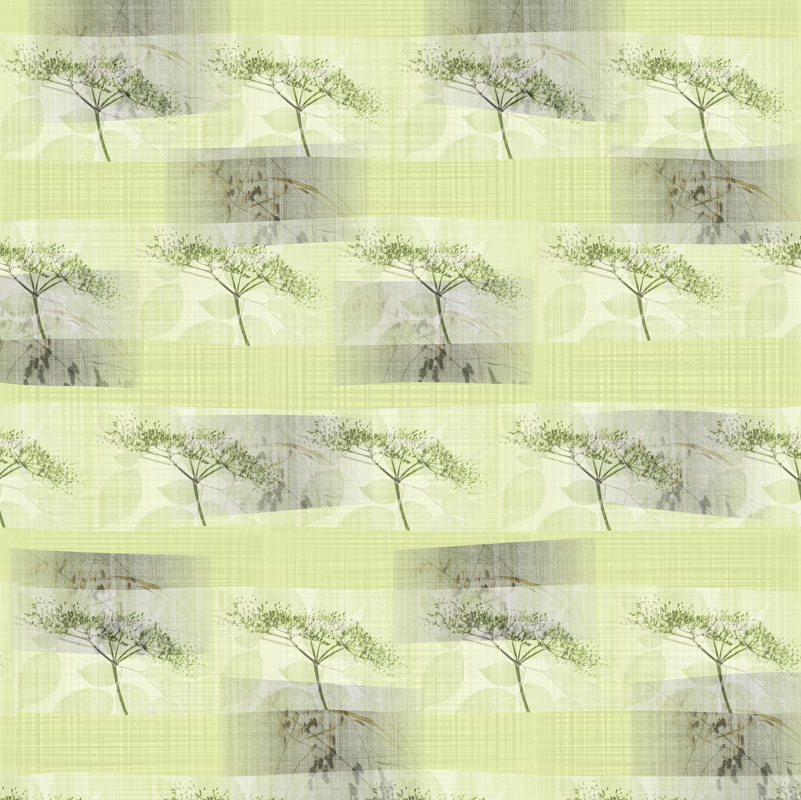 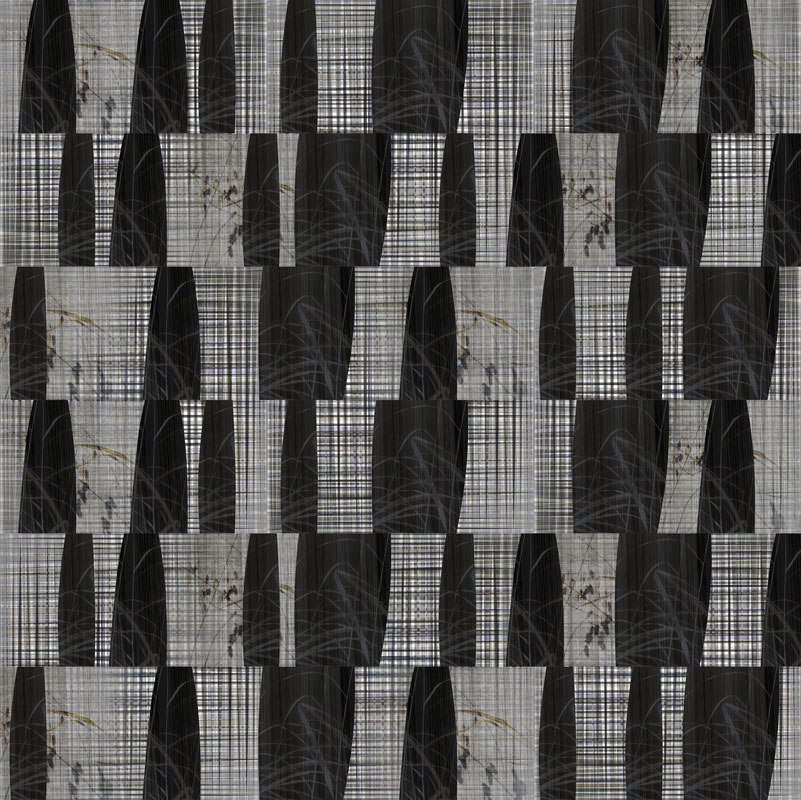 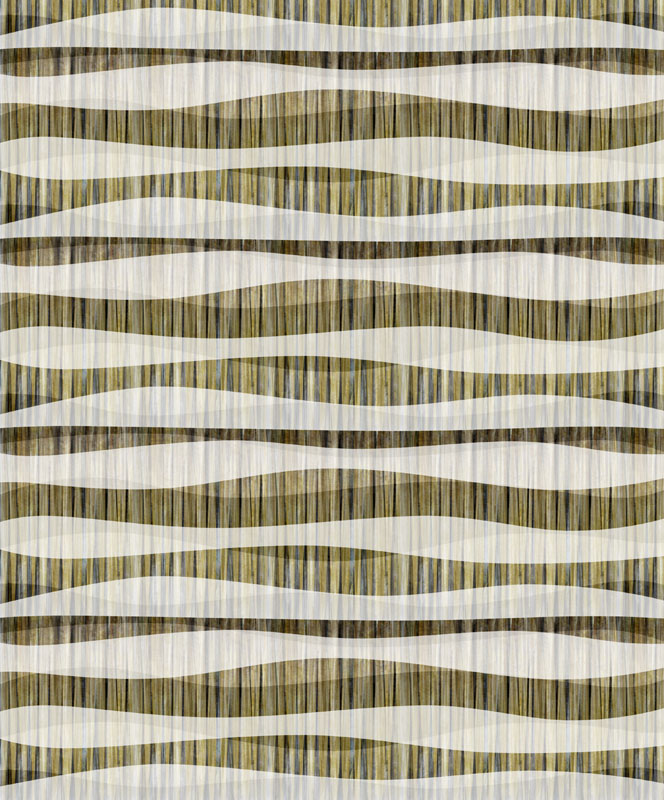 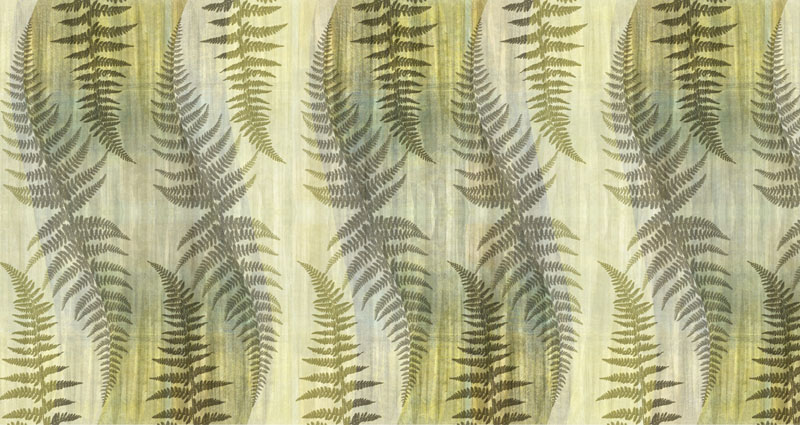 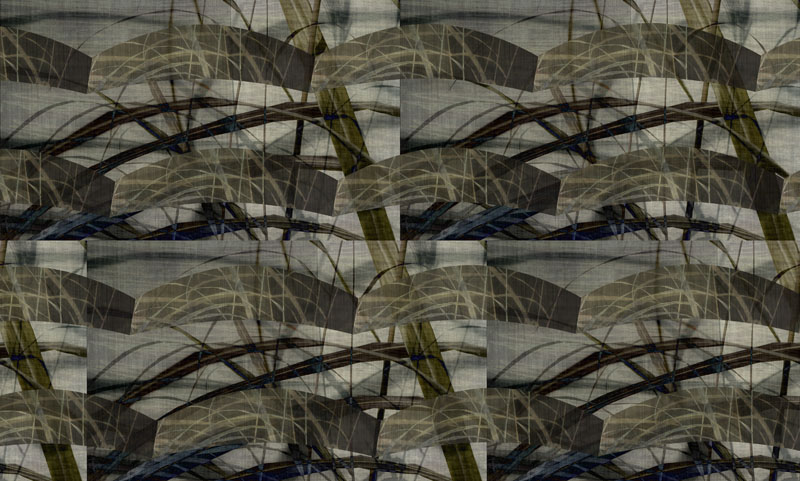 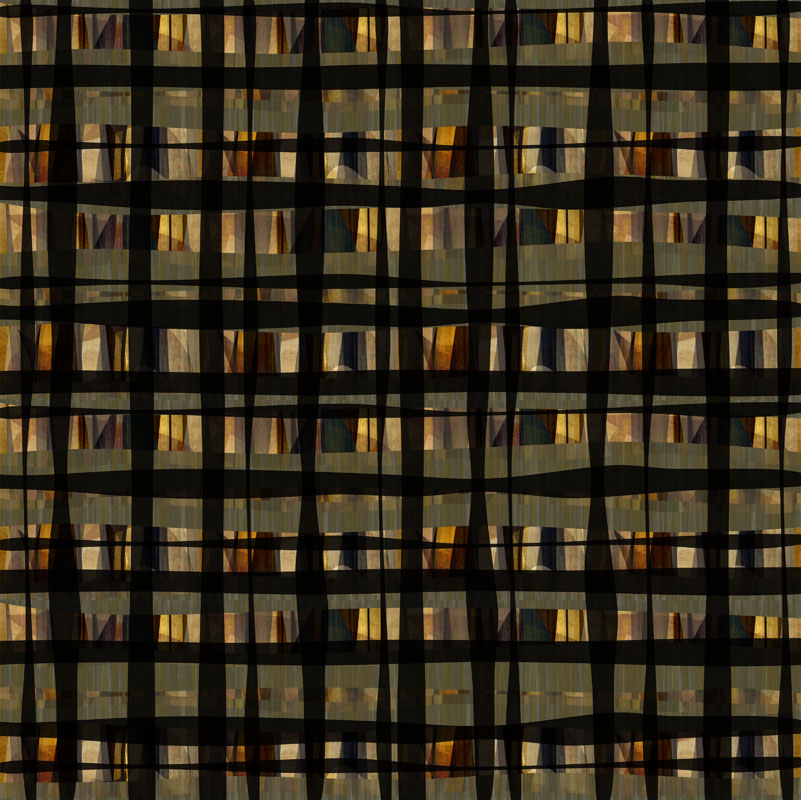 Posted by Peter Kitchell at 9:10 AM 2 comments:

What still remains from a kayaking trip down south a couple of months ago; long ago, it now seems...is an ongoing appreciation for the absolute stillness of those dawn hours on the water.
Back home now and searching through my images from that trip, trying to put together new collages using this material, I seem drawn again to the most quiet of these images.
Time did stretch out for me often, while wandering the pine forest and island beaches miles long, or coasting on glassy estuary inlets. I wrote before of that evening the Gulf waters were so smooth that you could see a fish jump thousands of feet away. I stayed up late that night to photograph the reflection of the stars on the ocean surface. How often does that chance come along?
Later in the trip I photographed the stars through the forest overstory, first lit by my lights artificially, then a camp fire and finally by just the coals of the dying fire.
Another evening I set up early to photograph the full moon rise over the ocean and driftwood oaks. As the sand fleas drove me bonkers and the tide roared in I had to move my equipment and lights up the beach until each branch of a close by driftwood tree held me, my tripod, my lights, and the backpack. After the moon had risen, luckily there was enough moonlight to climb back down out of the tree and through the waves.
Sitting in my kayak offshore watching nesting osprey hassled by eagles who would rather steal than hunt, I thought about how nice it was to be out of reach from those who take my catch.
In the center of a small town, Apalachicola, there lies a Victorian graveyard, already dry and dusty in early spring. I'm taken by the wrought iron fencing, coming from the stone fences of New England.
These are some of the experiences that directed the images in this series of collages called simply "Stillness". 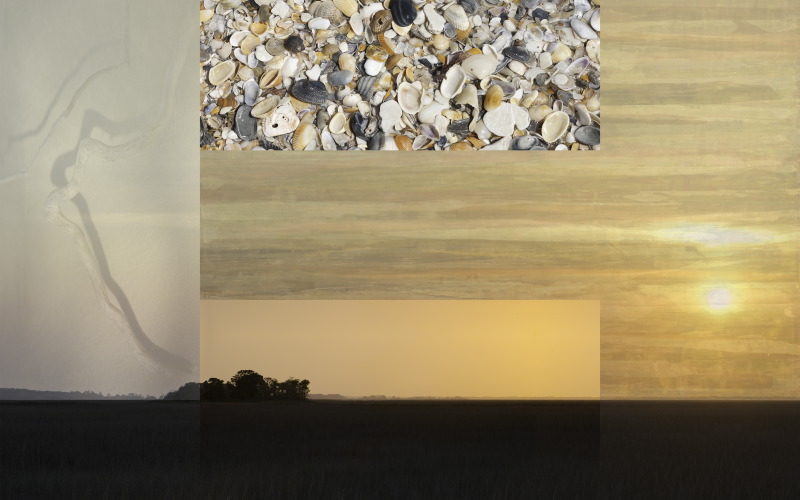 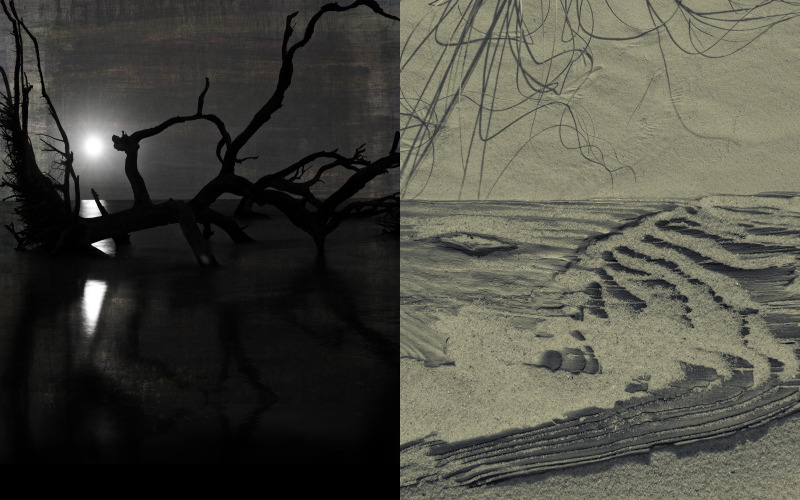 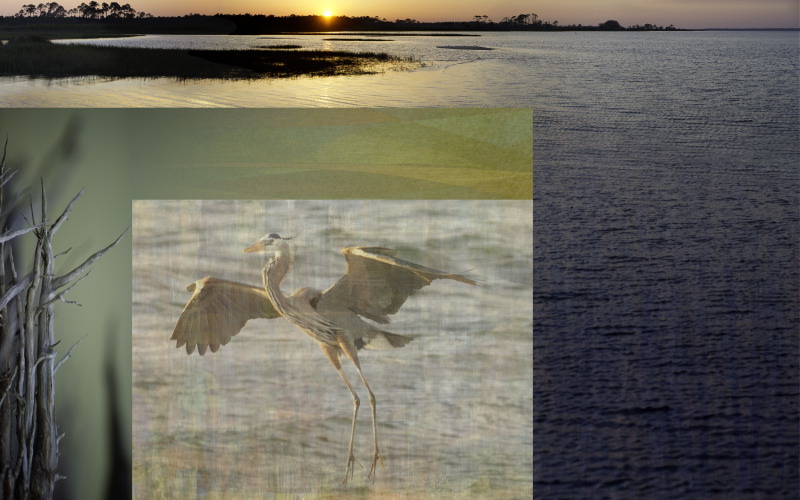 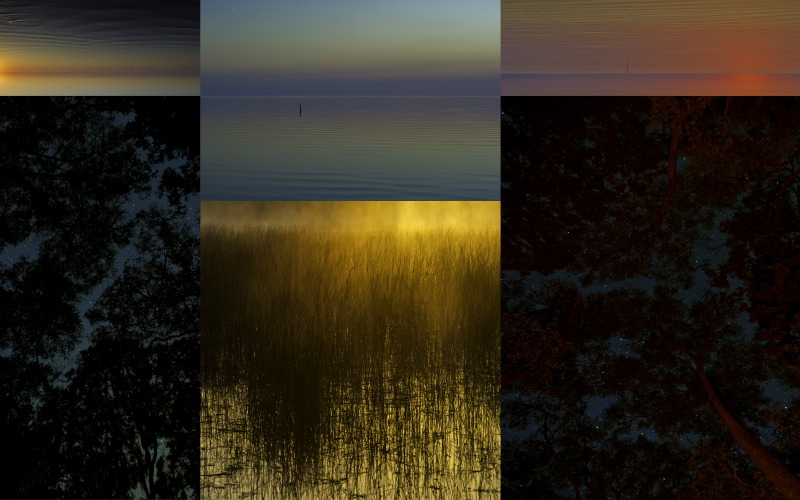 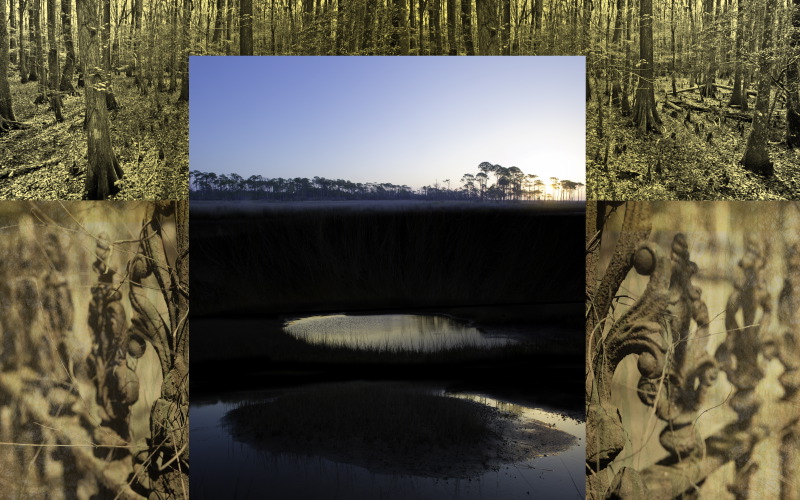 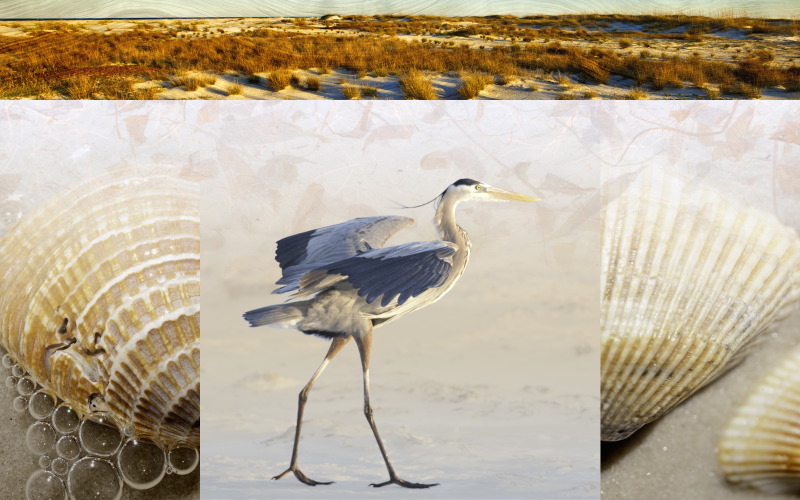 Posted by Peter Kitchell at 12:32 PM No comments: