Baystate's Cancer Care Center was moving departments so an installation that I had done years prior needed to come down. These pieces were made to be built in so they had to be torn out, thankfully with their frames pretty much intact. 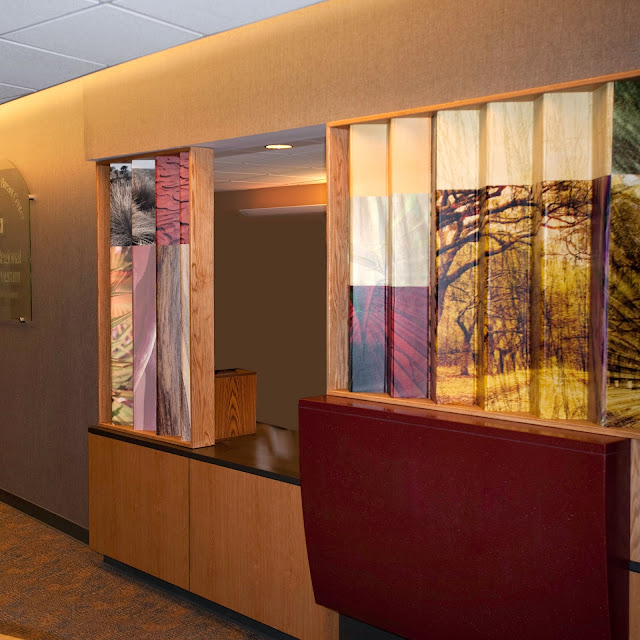 As they were, they seemed heavy, in color and in weight. So I cut the panels apart because I did not like how the canvas started behaving on the crease of the accordion fold. With an inch or so image gone between panels, I ended up with a picket fence kind of look. This was mostly a woodworking project. I had to figure out how to make exact cuts for the frame zig-zag, while keeping the whole thing as light as possible in feel, yet strong enough to stand up to the never ending stream of people coming through and touching out of curiosity. 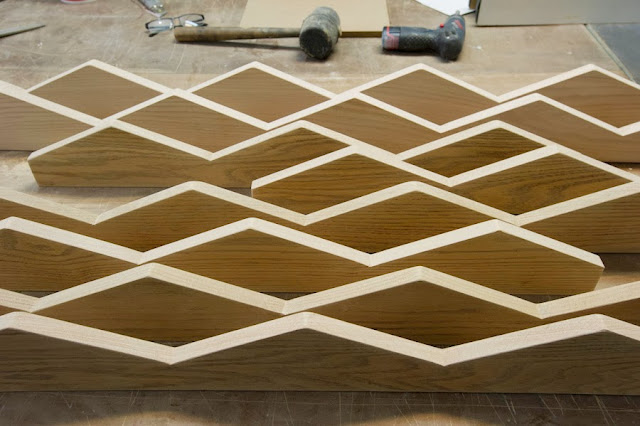 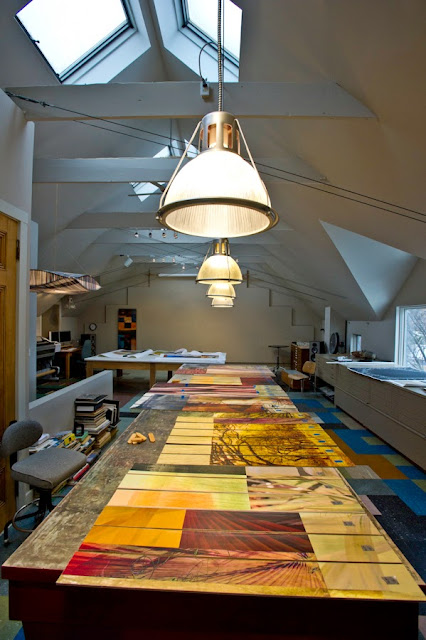 These panels won't ever hang perfectly flat without their containing frame and I had to come to peace with that and also with the loose alignment and fabric feel. However, I am pleased that the hospital staff valued the work enough to suggest that we take the time and effort to repurpose it. This is infinitely better than letting it go, which happens so often. Now it will join other pieces of mine in the D'Ario Cancer Center, on the Springfield Baystate campus as well. 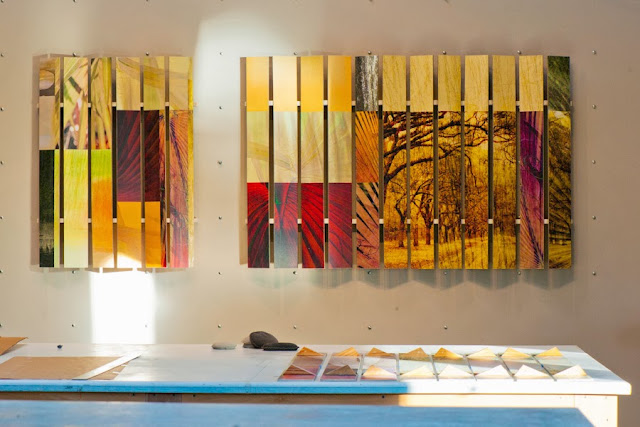 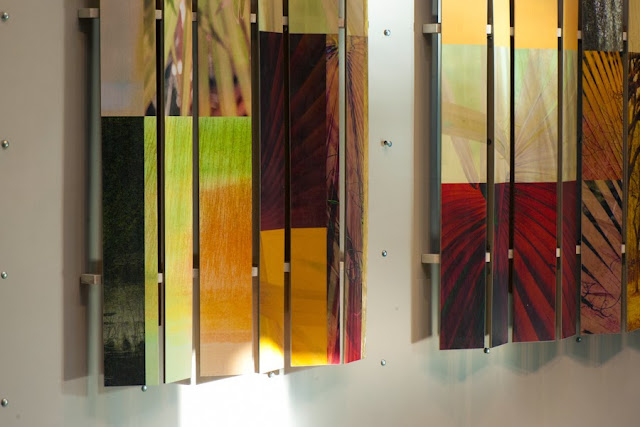 Posted by Peter Kitchell at 1:09 PM No comments:

Posted by Peter Kitchell at 7:46 PM No comments:

Part of the Process

This week I have returned to painting. It feels good. It's been a while. These images are tighter than usual. They are inspired by a small gem of an oil painting at the Wadsworth Athenium in Hartford. Not directly from Klee but indirectly I am sure.My image making process requires fresh painted backgrounds just as it requires new photographs from my travels. Inspiration comes and we shift gears.
In this blog, I am focusing on a part of the picture making process that I have not shown before, starting with the collage techniques I have been using since long before digital possibilities opened up. It begins with the unforgiving world of moving real paint around and ends up with the infinitely adjustable world of photoshop.Over the years, I’ve accumulated a vast library of these background paintings, as I call them. They become textural layers or stand alone sections within the finished digital collages. This library of painted imagery goes way back. It started in 2000, after returning from a trip to Japan, making digital collages from photos taken while traveling. These were made with an early Mac laptop and Fuji Pro digital camera. Seems like ancient history. 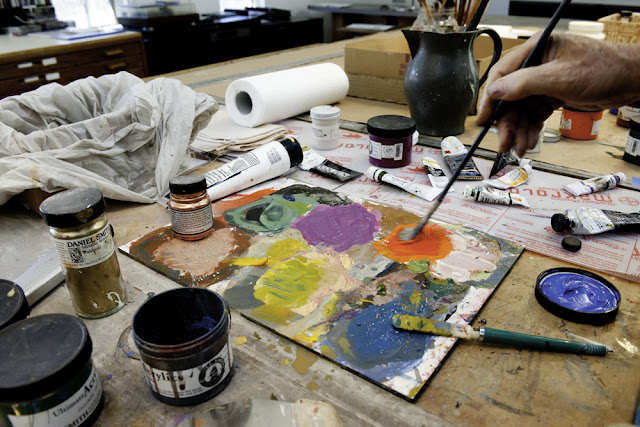 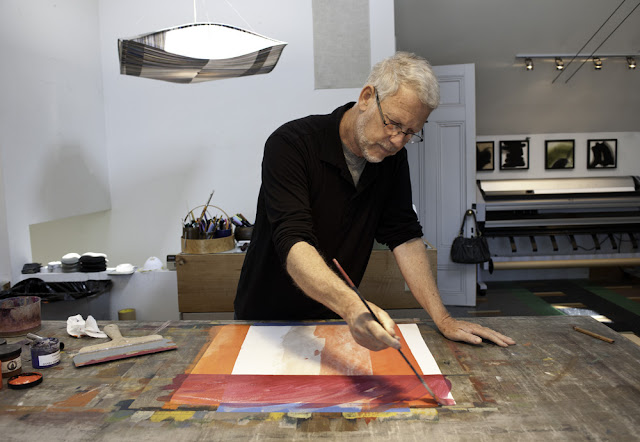 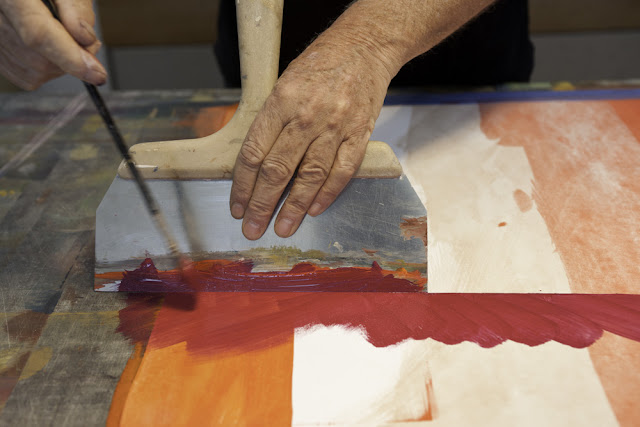 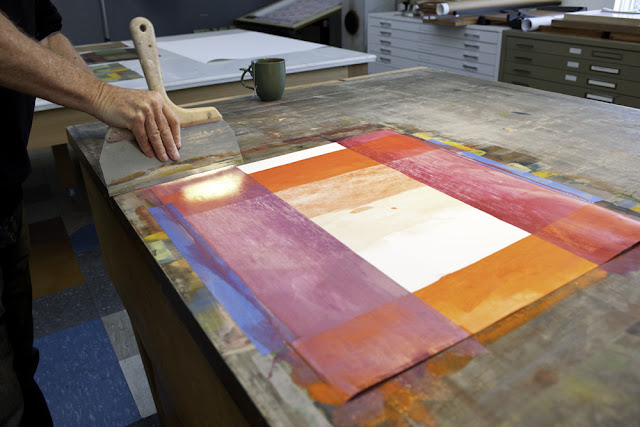 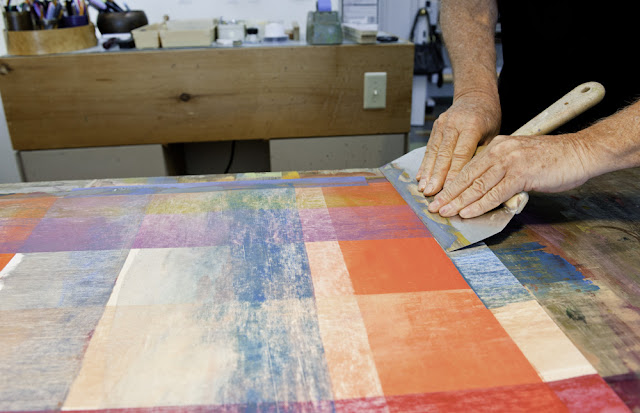 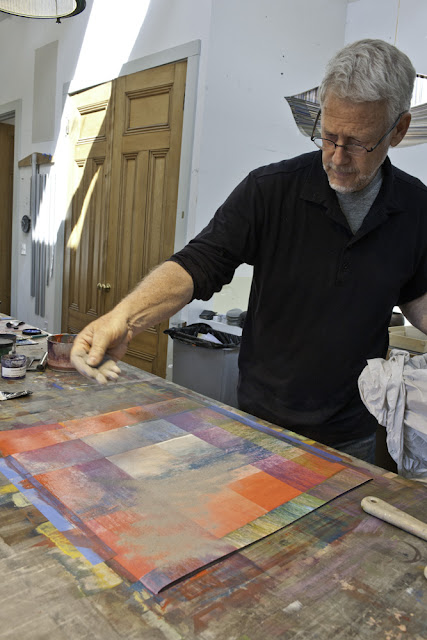 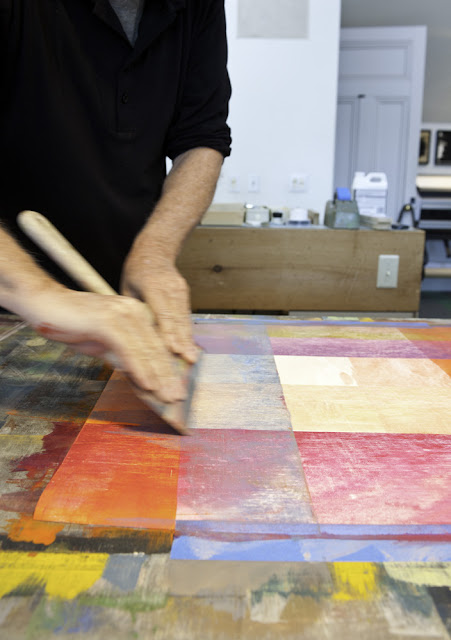 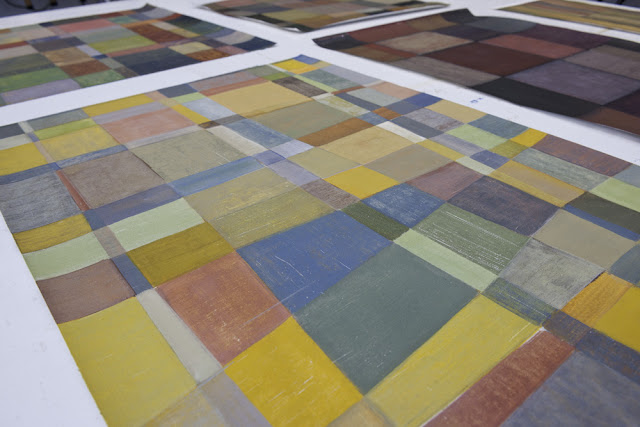 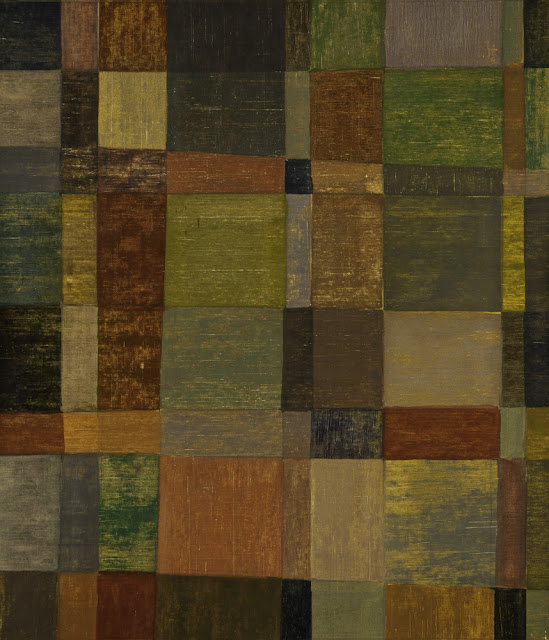 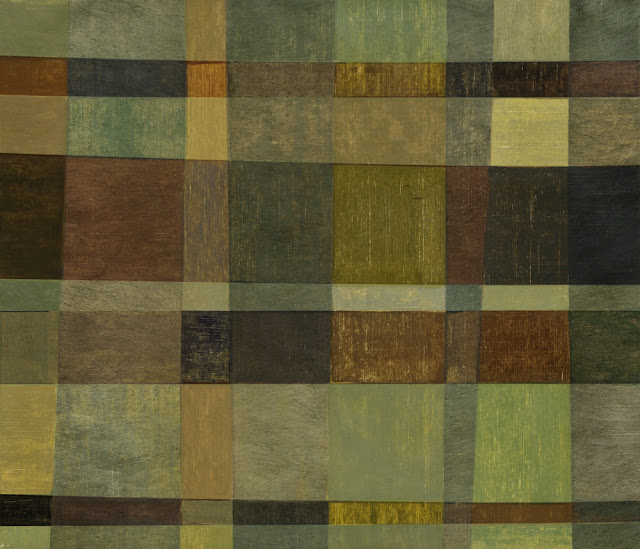 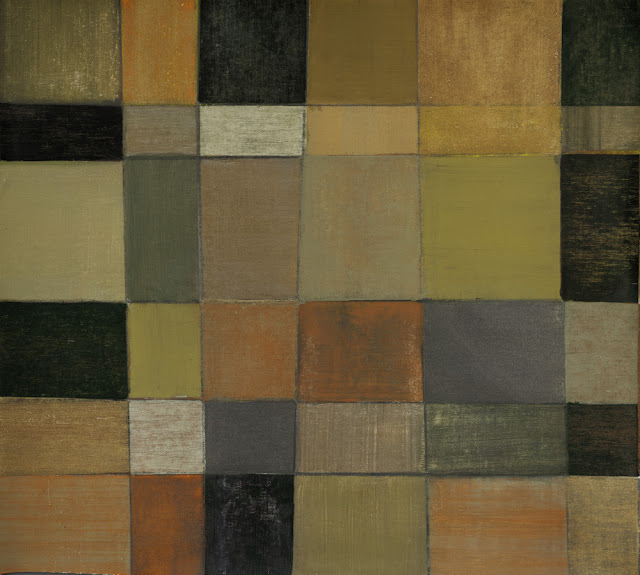 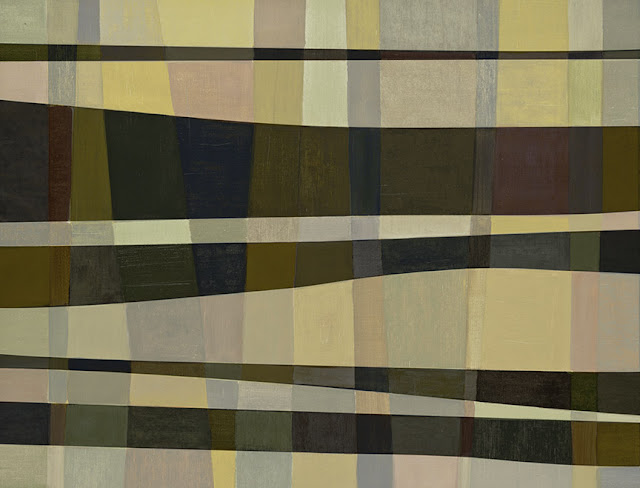